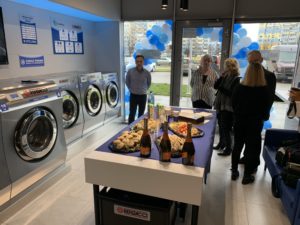 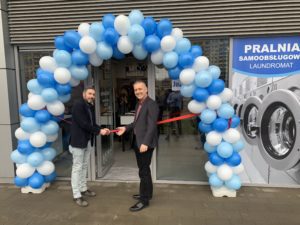 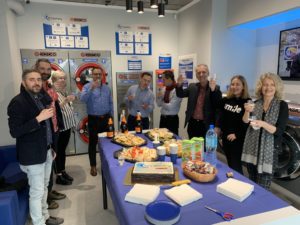 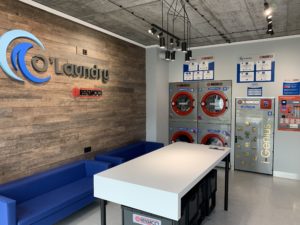 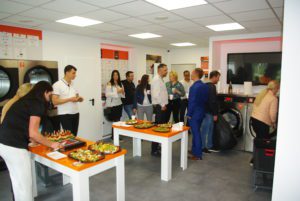 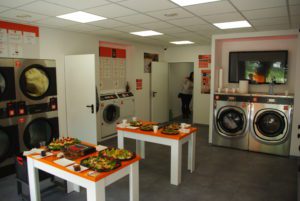 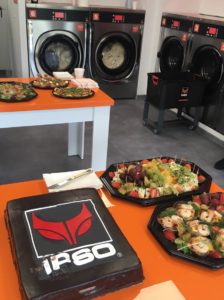 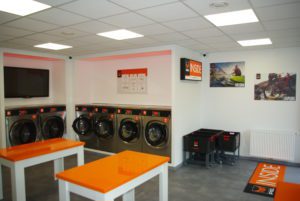 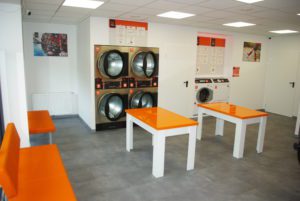 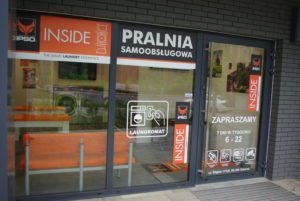 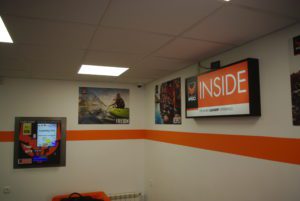 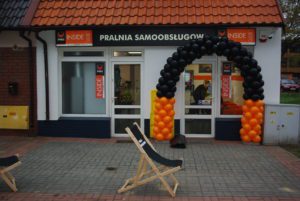 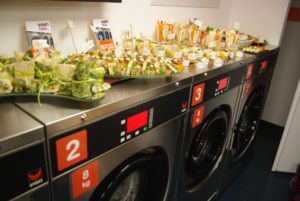 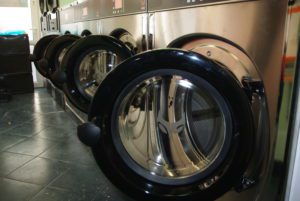 The first IPSO INSIDE self-service laundry in Europe opened recently in Barcelona. The store is located just a few hundred meters away from Barcelona’s main tourist attraction, the Sagrada Familia, attracting hundreds of visitors every day.
It features four IA-hard mount washers and two DR335 stacked tumbler. All of these units are connected with an easy-to-use central pay system which can be operated in three different languages. 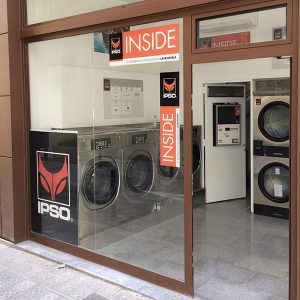 With IPSO INSIDE, IPSO offers a helping hand to those potential store owners who are interested in owning a store, but do not have a clear idea of what their store should look like,” said Jose Gutierrez, country manager for Alliance Spain. “The decorating materials, prepared under the theme ‘IPSO INSIDE’ (posters, lightboxes & instruction signs), are easy to mount and offer good visibility to the IPSO brand. This visibility will not only bring extra revenue to the store, but will also further increase IPSO’s strength in this segment. IPSO’s reputation in the self-service laundry segment in Spain is solid, as over 600 stores are installed across the country,” he added. 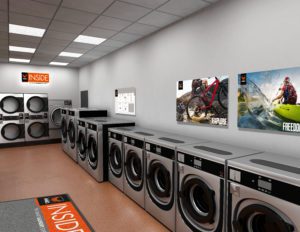 By using these IPSO INSIDE assets, laundry owners can benefit from a strong brand name, resulting in a more professional looking store. This not only increases their loyalty towards IPSO but attracts more customers. The existing users will be able to do their laundry in an appealing store environment, while potential customers will be attracted by the outside signage and become regular store users.

This Spanish laundromat may be the first complete IPSO INSIDE store, but several projects in Belgium, India and Australia are in progress as we speak. So we expect more IPSO INSIDE store openings in the coming months.

PROUD TO BE ,,INSIDE”